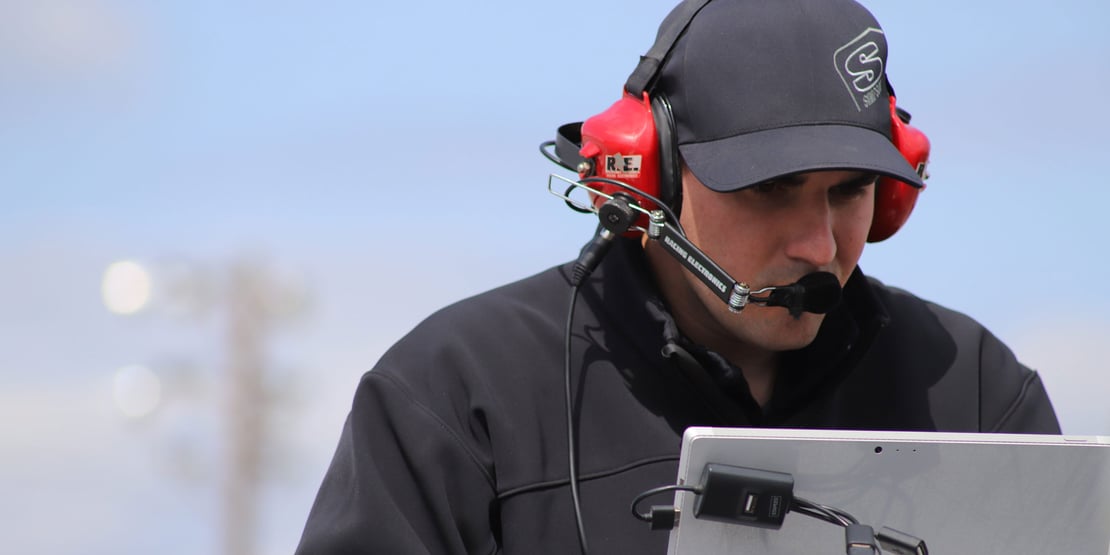 Starting in go-karts in 1998, to being crowned the 2011 Gander Outdoors Truck Series Rookie of the Year, to winning on dirt against some of the best super late model drivers in the country, Joey Coulter “CIV” has experienced a lot. Throughout all those experiences, a lot has changed. However, there are a few things that have not. Passion, the drive to learn, and the ambition to never settle for mediocre is what keeps CIV at the top of his game. These three guiding principles are instilled in the drivers that join the DriveRefine program. It is these principles that lead to the competitive edge that DriveRefine clients develop over their competition.

CIV started his racing career racing karts in his home state of Florida and running nationally in the WKA Horstman Gold Cup Series in 1998. After 6 years in karts, he progressed to the Florida FASTRUCK Series as his starting point in full-bodied stock cars. The 2007 and 2008 seasons were spent racing in the USAR Hooters Pro Cup Series against the best short track racers in the nation. He learned from drivers such as Clay Rodgers, Gary St. Amant, Bobby Gill, Benny Gordon, Mark McFarland, and Shane Huffman.

In 2009, CIV connected with championship-winning crew chief Harold Holly and took Coulter Motorsports to the ARCA Racing Series. The team won a race at Berlin Speedway in 2010 and scored multiple to 5s, and top 10s, including a 2nd place finish at the mile-long dirt track in Springfield, IL, and a 2nd place finish on the New Jersey Motorsports Park road course.

Coulter got behind the wheel of the Richard Childress Racing #22 Gander Outdoors Truck in 2011 and won the Sunoco Rookie of the Year Honors in one of the toughest rookie classes to date. The same team went on to win the Gander Outdoor Truck Pocono Mountains 125 and finished 3rd in the Championship with Coulter as the driver. That same year CIV made his first NACAR Xfinity Series start in the RCR #21 at Charlotte Motor Speedway, where he finished 10th. That same year, CIV got behind the wheel of a dirt crate late model, scoring a win in his 3rd start ever at the high banked Volunteer Speedway in Bull Gap, TN. The following year marked the first of many changes that would eventually propel Coulter full-time into the dirt racing world after a single season with Kyle Busch Motorsports in 2013 and a single season with GMS Racing in 2014.

While managing the #33 truck team for GMS in 2015, CIV made the move to full time to dirt late model racing. Rum Runner Racing was born, and with Harold Holly back on top of the box, Coulter joined the World of Outlaws Dirt Late Model Series for two consecutive years. Focusing on running the most efficient schedule possible, CIV and Rum Runner Racing ran a more regional schedule in 2018, running more the 70 features that season. The team recorded 1-win, multiple top 5s and a 4th place points finish with the Ultimate Super Late Model Series.

It is the culmination of that 20 plus years of experience that led him to form DriveRefine along with co-founder and fellow racer Austin Theriault. CIV still gets behind the wheel of the #2 Rum Runner Racing Dirt Super Late Model as well as the Coulter Motorsport & Randy Renfrow Racecars #2 pavement Super Late Models and Tour type Modified. In his first start in the SMART Modified Tour, CIV claimed the track record at Florence Speedway and went on to win the 99 lap feature.

Now Coulter’s focus is on helping other drivers find success on and off the track. Along with supplying drivers with the tools they need to optimize their performance on the track, CIV is also a certified coach for the FASTer Way to Fat Loss. One of the fastest-growing nutrition programs in the country.

Are you getting the most out of your car every time you get behind the wheel? Let's talk about how we can give you an edge over your competition.